From MetroWeekly by Rhuaridh Marr

Grindr has announced that it will finally remove its controversial ethnicity filter from the dating app, after years of complaints that it promotes racism.

The decision came following nationwide protests over the death of George Floyd last week, a black man who was killed after a white Minneapolis police officer knelt on his neck for nine minutes and ignored his pleas for help.

“We stand in solidarity with the #BlackLivesMatter movement and the hundreds of thousands of queer people of color who long in to our app every day,” Grindr said in a statement posted to Twitter.

Noting that it would “not be silent” nor “inactive,” Grindr said that it would be making donations to the Marsha P. Johnson Institute and Black Lives Matter, and urged others to “do the same if you can.”

The company did not state how much it had donated to either organization.

“We will continue to fight racism on Grindr, both through dialogue with our community and a zero-tolerance policy for racism and hate speech on our platform,” Grindr said. “As part of this commitment, and based on your feedback, we have decided to remove the ethnicity filter from our next release.”

Grindr’s decision came after an earlier tweet supporting Black Lives Matter was heavily criticized given the presence of the ethnicity filter within the app.

The company had tweeted “Demand justice. #BlackLivesMatter,” BBC News reports, but received backlash from users, including one widely shared response that said “remove the ethnicity filter.”

Grindr subsequently deleted the tweet and instead shared its current statement and decision to remove the filter.

The controversial filter allows Grindr’s paying users to screen others based on their ethnicity, blocking them from view in the app’s grid of nearby profiles.

It has survived for years in the app despite complaints that it encourages racism. 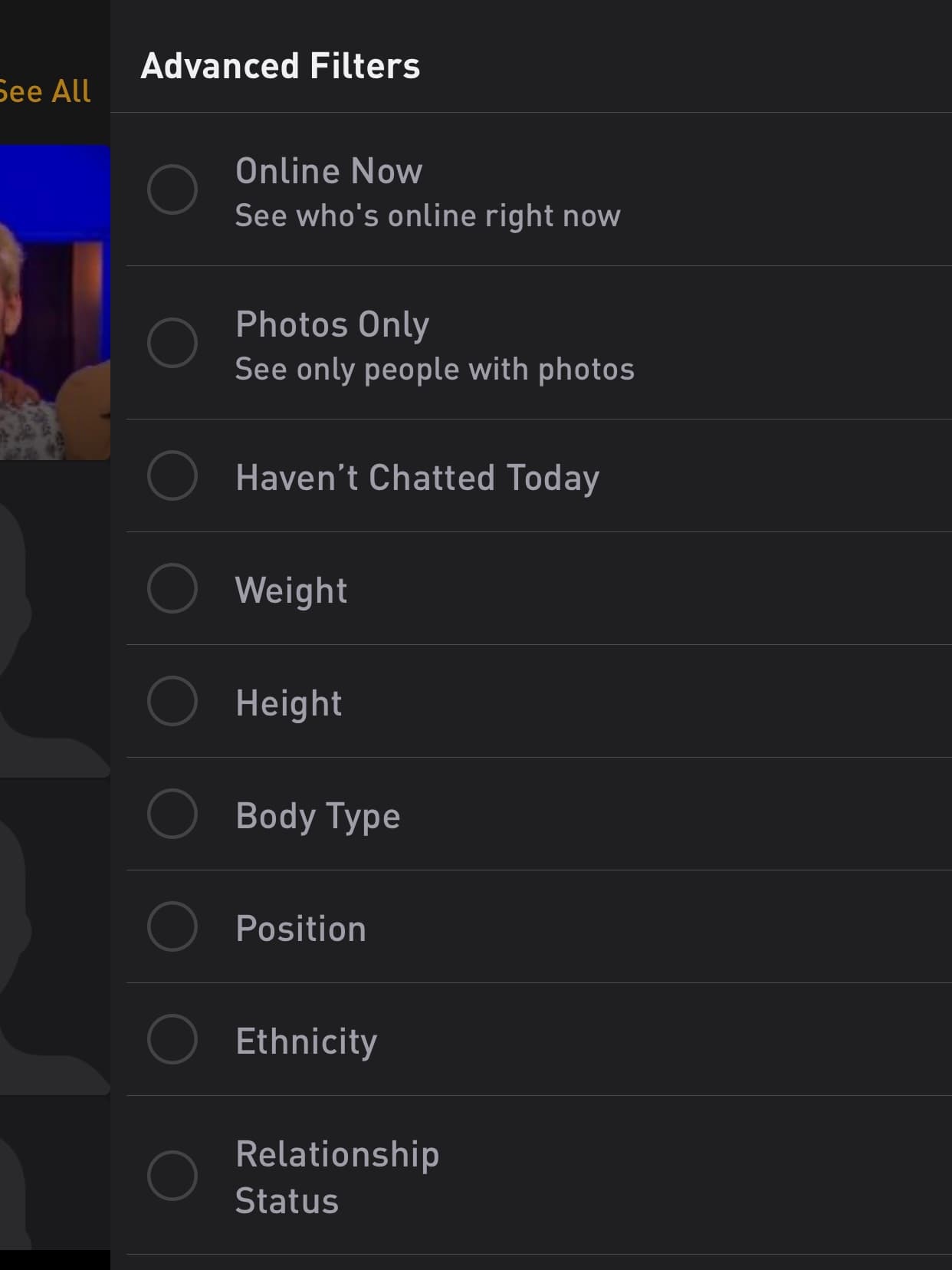 Grindr’s paid filters, including the option to filter by ethnicity

The filter even survived an anti-racism campaign launched by Grindr in 2018, which aimed to promote a “zero-tolerance” policy on racism and discrimination.

According to The Guardian, Grindr said at the time that it was considering removing its ethnicity filter, but wanted to first have a “conversation” with its user base.

Grindr’s then-head of communications, Landen Zumwalt, told the Guardian, “While I believe the ethnicity filter does promote racist behavior in the app, other minority groups use the filter because they want to quickly find other members of their minority community.”

While the move to finally remove the filter has been praised on social media, some have accused Grindr of doing the “bare minimum” and asked why it took so long for the company to take action.

“Do NOT applaud @Grindr for this,” one user tweeted. “They have done the LEAST. That filter should never have existed, doing this because a guys [sic] tweet went viral is NOT the reason.”

“If anyone wants an example of doing the bare minimum, it’s right here,” another user wrote.

“Amazing. Please can we report profiles with “no blacks, no trans, no Asians” in there [sic] profiles and you can deal with them quickly as you do sex workers?” someone else said.

Another person tweeted: “‘In solidarity we are removing our racism button’ is the most tech company thing I could imagine.”

Gay Twitter also had some choice tweets for complaints about the filter’s removal from so-called “preference gays” — those who claim they are only attracted to specific ethnicities or races.

Grindr also announced on Instagram that it would be delaying the launch of its Pride Month-focused “#PridePerseveres” initiative, saying that “in light of the ongoing violence and injustices against our POC family, that no longer feels appropriate.”

“How can we launch a month of celebration when so many of us are hurting?” Grindr wrote. “How can we celebrate Pride without acknowledging that we wouldn’t even HAVE a Pride month if it weren’t for the brave black, brown, trans, and queer folks whose uprising against the police at Stonewall gave birth to the modern LGBTQ+ rights movement? It is our responsibility to speak out against the hate and violence that such a vital part of our community continue to face.⁣”

This site uses Akismet to reduce spam. Learn how your comment data is processed.